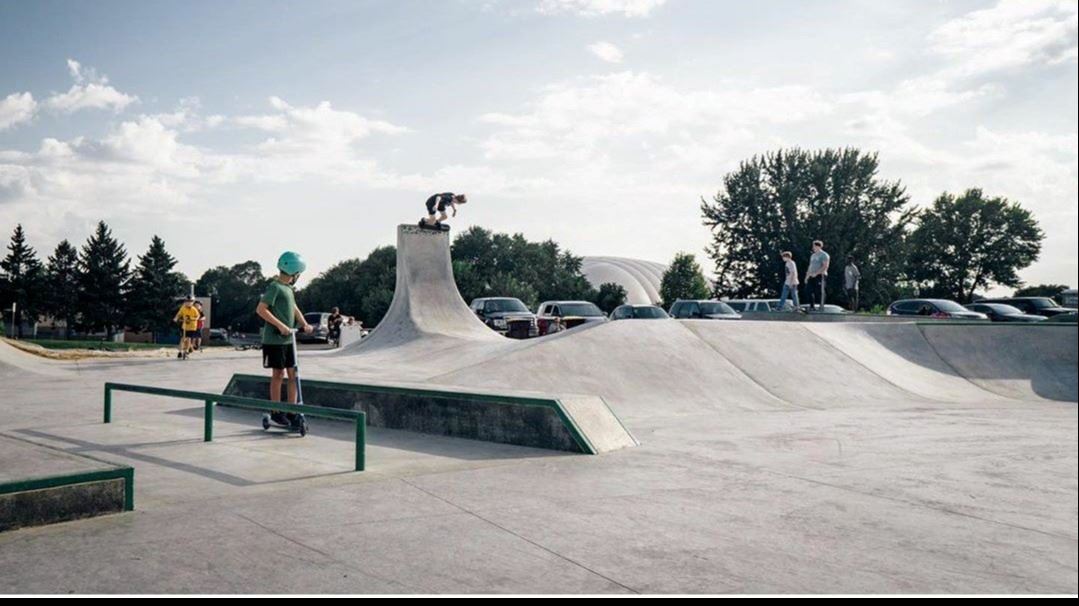 The Skate Park is located just north of the Rosemount Community Center in Schwarz Pond Park at 13787 Dodd Blvd.  The most convenient access to the skate park is south on Dodd Blvd from Connemara Trail.  This facility is intended for use by skate boarders, in-line skaters, scooters and BMX bikers of all abilities (no motorized equipment allowed). 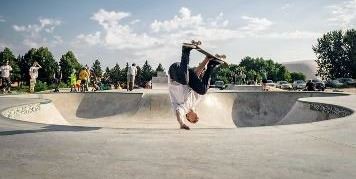 Local youth input was top priority during the design process for the Rosemount Skate Park.  After several public design workshops and sketch sessions with local users, the final design is a street-influenced skate park with transitional features and a separate bowl.

The symmetrical design includes two main areas.  Upon entering the park, you have quarter pipe hips on both sides, and a large vert wall that blends into a multi-level fun box.  On one side of the street zone there is a ledge, flat bar, and manual pad, while the opposite side has a fun box with a rail and hubba ledge.  Designed for constant flow, the street sections are connected with elements such as a spine, banked wall ride and a flip bank.  The second area of the park is a raised clover bowl.  This unique three-pocket bowl was designed to play off of the City's logo and has three levels: 4' shallow end, 6' mind pocket and a 7' deep end.

No matter your style of skating, beginner or advanced, t his park has a little something for everyone while offering the opportunity to grow and progress.  Users of the skate park are strongly encouraged to wear helmets, knee-pads and other protective gear while enjoying the facilities. We also ask that users follow the Skate Park Rules. There is no charge for use of the skate park.